Cerebral Palsy relates to a set of neurological conditions that affect movement and is the most common form of childhood disability.

But what is it? And how is it caused? We answer some of these questions here:

What is Cerebral Palsy?

Cerebral palsy is a name given to a group of conditions marked by impaired muscle coordination and tone, often combined with other sensory or cognitive disabilities.

Cerebral palsy is not a progressive disease, and the damage to the brain which is responsible for the cerebral palsy will not deteriorate. However, the way in which cerebral palsy affects a child can change over time, particularly as they are growing.

How is Cerebral Palsy caused?

There are different forms of Cerebral Palsy. Injury to the brain which is responsible for cerebral palsy can be caused during the development stage of the brain, so this can be either before, during or immediately after birth.

A baby’s brain can be harmed while the baby is still inside the womb. This can lead to Periventricular Leukomalacia (PVL). This is damage to the white matter of the brain -the parts which coordinate communication between different regions of the brain). This could arise where there is a reduction in the baby’s blood supply due to a compromised placenta or umbilical cord, for example.

Some infections can be passed via the mother to the baby causing harm to the baby’s brain. Group B Strep is one example of infection which can cause meningitis and lead to cerebral palsy.

Damage may be caused before birth by the baby suffering a stroke as a result of a bleed into the brain, or from the blood supply to the brain being compromised. A stroke during delivery or hypoglycaemia (very low blood sugar levels) can also lead to brain damage and Cerebral Palsy.

The baby’s brain can be affected during birth, or immediately following birth if the flow of oxygen to the brain is interrupted. There might be asphyxia (an acute reduction of oxygen) caused by a prolapsed cord, or the umbilical cord becoming wrapped tightly around the baby’s neck, preventing blood supply to the baby.

How is it diagnosed?

Generally, Cerebral Palsy is likely to be diagnosed in the first two years of a child’s life. Abnormal or limited movement might be an indicator of cerebral palsy, or a child may not reach their early developmental milestones. Then, further investigations such as scanning (MRI or CT), electroencephalogram (EEG), genetic testing or a combination of these can confirm cerebral palsy.

It is not always possible to identify the cause for Cerebral Palsy.

What types of Cerebral Palsy are there?

Dyskinetic or athetoid is a form of Cerebral Palsy which causes variable involuntary movement in the arms and legs.

Ataxic Cerebral Palsy results in difficulties with fine motor skills, muscle tremors and low muscle tone, which can make sitting and standing difficult. It is the least common form. 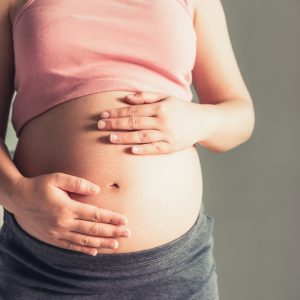 Please speak with your midwife should you have any concerns during your pregnancy.

Can Cerebral Palsy be prevented?

Most cases of Cerebral Palsy are unavoidable. It is thankfully quite rare, but if a baby suffers an infection or a stroke during pregnancy, it is unlikely that there will be any sign of it happening. However, in some cases sound clinical monitoring and management can pick up early warning signs and appropriate intervention can avoid it.

Pre-eclampsia can cause placenta abruption, and with this risk, a mother will be advised to either be induced if she is 37 weeks pregnant or more. If not, the mother will be carefully managed and monitored for as long as it is possible and safe to do so, usually in a hospital setting.

With severe pre-eclampsia, an emergency caesarean may be the safe option.

A lack of oxygen can lead to hypoxic ischaemic encephalopathy – which is brain damage arising from a lack of oxygenated blood to the baby, usually shortly before and during delivery.

When hypoxia occurs over a period of time, it is often referred to as ‘chronic partial’ hypoxia. Typically, it will be present for well over an hour before it begins to cause damage to the baby’s brain. A typical occurrence of this is when there is placental compromise and there is an insufficient supply of oxygenated blood to the baby.

Early warning signs of chronic partial hypoxia are difficult to detect, but reduced fetal movement could be an indicator.

The baby’s circulatory system reacts to the amount of oxygen it is receiving and this is indicated by the baby’s heart rate pattern. A cardiotocograph (CTG) is a machine used to monitor the fetal heart rate and will demonstrate any heart abnormalities arising from the reduced blood flow to the baby. A CTG is a reliable indicator of fetal wellbeing. Abnormalities which appear on the CTG trace may indicate a requirement for intervention, or further investigations which may identify the cause of the abnormal trace.

Acute hypoxia is an abrupt total deprivation of blood supply to the baby and is usually associated which a prolapsed or occluded umbilical cord during the latter stages of labour, or placental abruption. These are obstetric emergencies and once diagnosed require swift management to deliver the baby in order to avoid brain damage. Complete asphyxia (anoxia) will start to damage a baby’s brain after ten minutes. Signs of impending anoxia are rarely present for more than an hour prior to the start of damaging asphyxia. However, there are recognisable signs of impending acute asphyxia such as a reduction in the amount of oxygen in the baby’s blood, abnormal CTG, or in the case of an abruption, acute maternal pain and loss of blood – which medical care providers must act upon immediately.

Please consult with your midwife or doctor should you have any concerns during your pregnancy.

If you are concerned about the medical treatment that you or your baby has received, please contact our Medical Negligence experts today by calling 01525 378177. 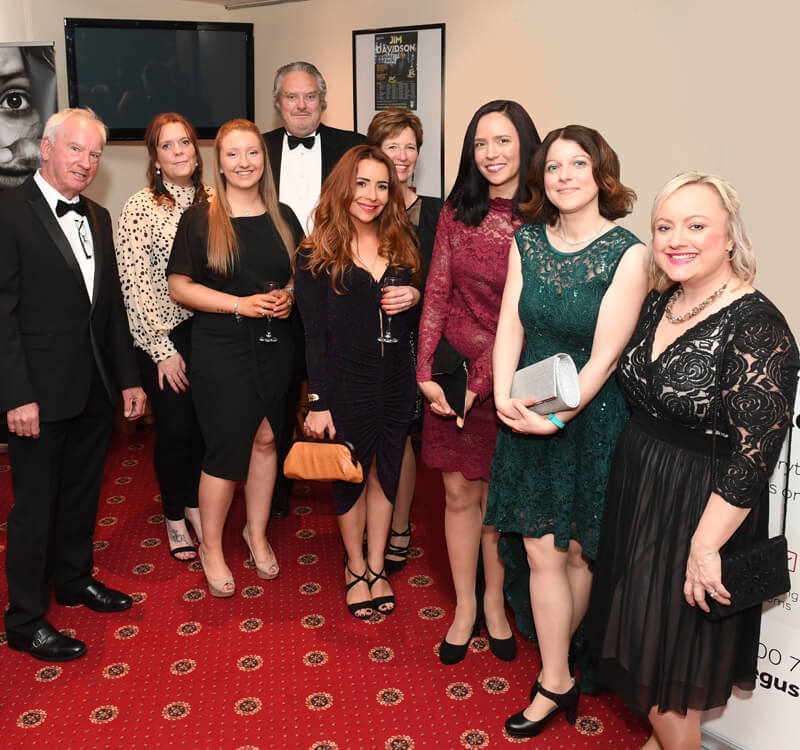 In May of this year, we won the title of ‘Leighton Buzzard Business of the Year 2019’ at the SME Luton & Bedfordshire Business Awards.

We were delighted to receive the ‘Leighton Buzzard Business of the Year’ award for our dedication to providing the highest standards of client care whilst building strong links with the local community, supporting local charities and connecting businesses together.